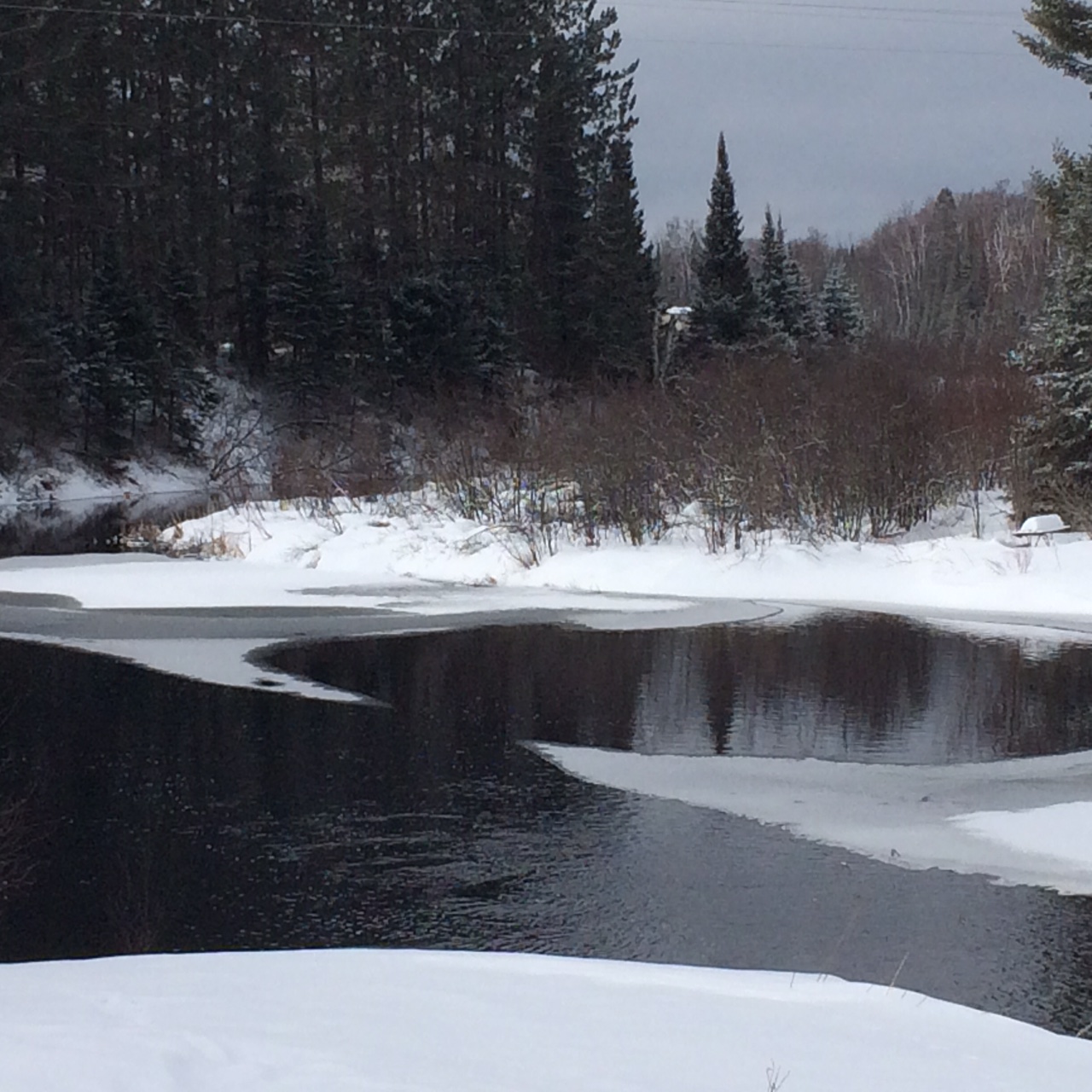 As Snowmobilers we have all experienced it:  insensitive coworkers in your office that complain the entire winter about snow and cold and rejoice when the temperature climbs above freezing and starts melting away the snowmobilers’ most precious commodity.  I always ask myself what is wrong with these people and why do they live in Minnesota if they hate snow so much?  It’s like living in Death Valley and complaining about how hot it is.

We are a lucky bunch in Minnesota because like Wisconsin and Michigan the big population centers in the south of the state can trailer up their sleds and head north to experience snowmobiling at its finest.  Although Northeast Minnesota doesn’t get the really heavy lake effect snow like Wisconsin, Michigan and New York get, we still get some snow that drifts in off of Lake Superior and we also get the advantage of having some higher elevations that tend to produce more snow.  The other advantage we have over the other states in the snow belt is that we are farther north and as a result winter comes early and stays late, which gives us rideable snow before Michigan and Wisconsin and it hangs around longer also. I keep debating if it would be better to be in the UP where you are assured a ton of snow every year but a shorter season or if is better to get not as much snow but a season that usually starts earlier and lasts longer.  I’m sure the people in the UP look at us when they are getting rain and we are getting snow and think how lucky we are as much as we look at them getting snow every day in January and thinking how lucky they are.

Our scenario “Up North” is the same year after year: hordes of trailers coming from the Twin Cities early and late in the season to take advantage of our snow.  This was again the case this past weekend as everyone flocked to the trails to get in a days’ worth of riding and still catch the state High School Hockey Championship games on TV (we are in the State of Hockey after all and if there is one thing that may trump snowmobiling its hockey- or the Vikings being in the Super Bowl, but we’ll never have to worry about that).  The staff at snowmobiletrail.com saw the writing on the wall and we hammered out 140 miles on the day ourselves, once again meeting dozens of fellow snowmobilers out enjoying one last shot of Heaven. Unfortunately the winter season came to an abrupt end on Sunday with fifty degree temps melting away what was left of the trails.  In the extreme north there may be some snow left but the scheduled rain for midweek will probably put an end to things up there also.

The 2015/16 winter, although better than 2014/15 was still a bit disappointing.  We started the year with the extreme Northern trails being hit with a viscous storm of heavy wet snow that toppled trees and brush across miles and miles of trails.  Local snowmobile clubs worked for weeks on end to get things cleaned up.  Across the state the unusually warm December and January temperatures kept any base from building on the trails and kept all of the swamps, streams, and lakes from freezing, leaving nearly all of the GIA trails closed even though there was adequate snow in some areas.  It wasn’t until January 10th that the temperatures dropped below zero and started freezing everything up, allowing the groomers to get out and finally pack the trails.  By the weekend of the sixteenth we had received a couple inches of snow and the groomers opened everything up.  The season was short lived as we never got any big snowfalls for the second year in a row and although the trails opened, they never made it past a “good” condition rating because we never developed that twelve inch base that is the magic number for a groomer to really move snow around and build a perfect trail.  By February 20th the rains came and really worked to destroy what little base there was, we followed that up with a weekend of fifty degree temps to nearly obliterate everything.  We were lucky enough to get a few more inches of snow and cold temps for the groomers to give us one last day of fun but now winter has flatlined and it’s not coming back.

Despite the weather we still managed to throw on some decent mileage this year and got to try out some cold weather set ups that make riding in extreme conditions almost effortless.  I am confident going into 2016/17 that if the temps drop below zero I’ll be able to rack up long days on the trail without any negative effects. We are also upgrading some of the software on the website to improve the trail maps and capture a wider audience of snowmobilers.  Additionally we have a few new features coming out in the blog next year with trail reviews, destination suggestions, vintage snowmobile features, industry updates, entertaining stories from the trails and our newest feature “Today on the Trail” where the staff of snowmobiletrail.com shares photos of the snowmobilers we meet on the trail.  Look for us out on the trail next winter!  In the meantime like us on Facebook so you can get updates on trail conditions and network with fellow snowmobilers, the more people we have on Facebook the more updates we can get from around the state and places outside of Minnesota that have good snow conditions when ours are in the tank.  Make sure to check the blog starting in October where we give you a slew of articles to get you pumped up for winter.  Thanks to all of the people that use the website and we will see you next season!

We took advantage of what may very well have been the last day to ride for the season and logged some big miles, meeting a lot of riders out doing the same. 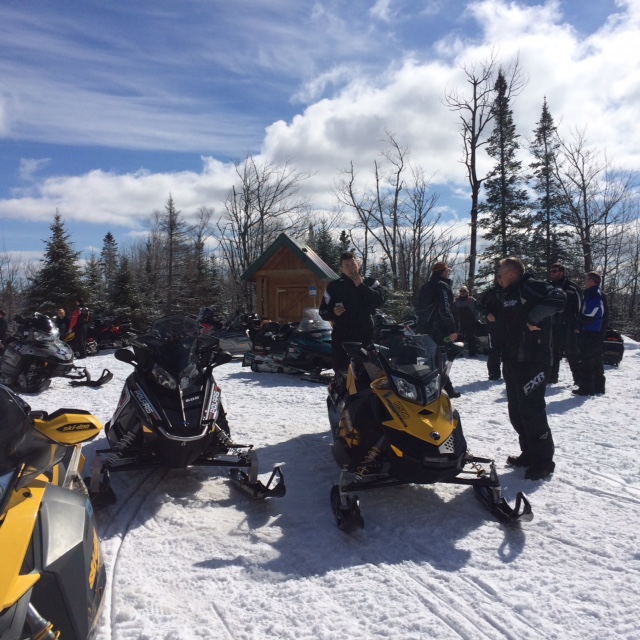 The John A Brandt Memorial Shelter on the Yukon was a busy place today with more sleds than we have ever seen up there at any one time, including a group making a two day trip from Duluth to Ely and back.