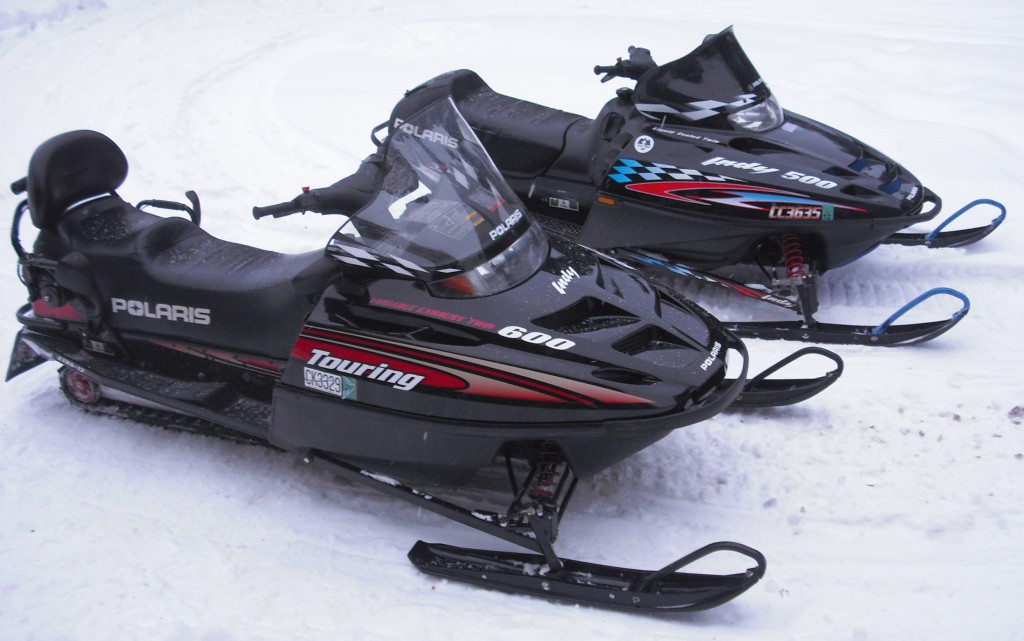 With winter just around the corner many of you may be looking at buying a snowmobile.  Whether you are a first time buyer or adding another sled to your garage here are some valuable tips for finding the right snowmobile for you.

Following these tips can help you avoid problems and find a snowmobile that will provide you hours of fun this winter. Good luck! 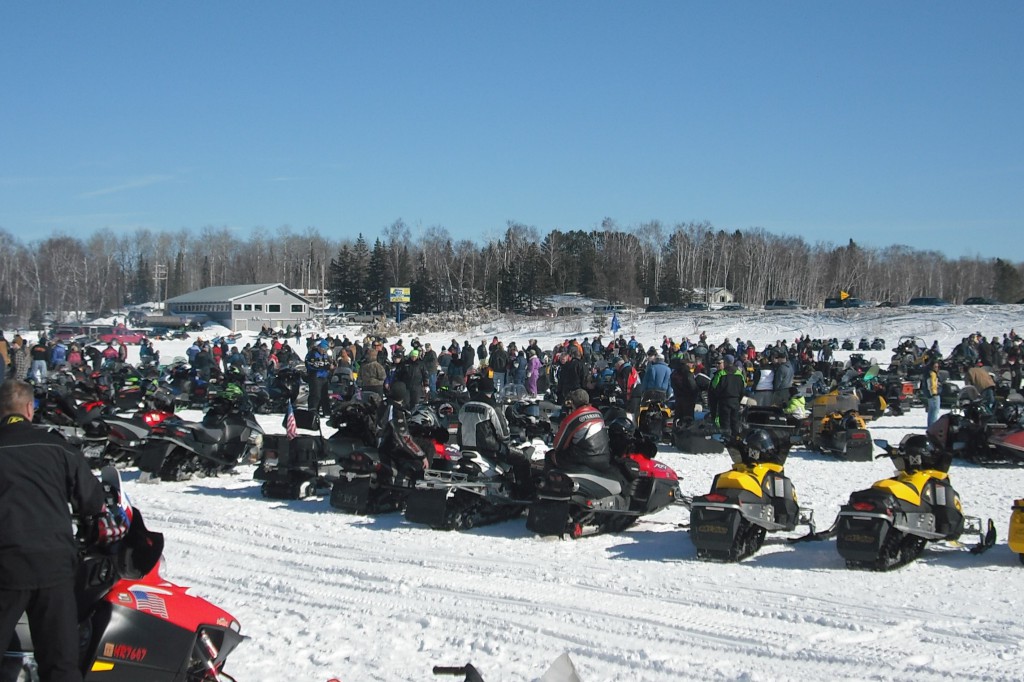 Someone asked me during the season last year why I don’t do any blogs on racing or race drivers. I told them that there are lots of websites you can visit to read about the latest racing news and snowmobiletrail.com is not one of those sites. We are also not a big magazine site that has info on all of the latest and greatest snowmobile technology to hit the market. We don’t ride on brand new factory set up sleds (don’t get me wrong we’d love to do that but there aren’t any factory reps beating down our doors to give us a new sled to demo). We have wives and kids and regular jobs. Just like you we have a variety of snowmobiles in our garage- some newer sleds, some older sleds and of course a couple of late 90’s Polaris Indy 500’s because it’s virtually impossible not to somehow wind up with one in your garage. We ride on the weekends and holidays and every moment we get on the saddle is a moment we cherish. Our staff is lucky enough to have the great fortune of living in Northeast Minnesota and having our base of operations a stone’s throw away from the iconic C.J. Ramstad North Shore State Trail so we can literally walk outside of our office, start up the sled and hit the trail any time we want to. We know that most people in Minnesota aren’t that lucky and a weekend ride means loading up the trailer and taking a road trip. We also realize that for the majority of Minnesotan’s that means trailering to our neck of the woods in early and late winter as we get snow sooner and it stays longer than anywhere else in the state.

We created snowmobiletrail.com because we wanted a website that could tell you where you are, what the trails are like and what you can expect when you get to where you are going. We wanted a site that could help the average snowmobiler get the most out of their trip, a website created by snowmobilers for snowmobilers and that is what you see here. It is our goal to help you get the most out of your snowmobiling experience and this blog is just one more tool in our efforts to provide you with the best website possible. I’m not going to tell you about racing or about the newest sleds from the big 4, what I am going to tell you is something that relates to you, the average rider. We have staff members on the trail every day of the week so we can provide you with the best and most up to date information possible. I also like to impart a little bit of history in the blog because I think it is important to know about the people that laid the groundwork for our trail system and the genius minds behind the snowmobile itself. All of those snowmobiling pioneers worked to create one of the most fun and rewarding winter activities of all time. Knowing where you came from helps you appreciate where you are going. I hope you find this season of the Northeast Snowmobile Blog informative and entertaining. All we need now is some snow! 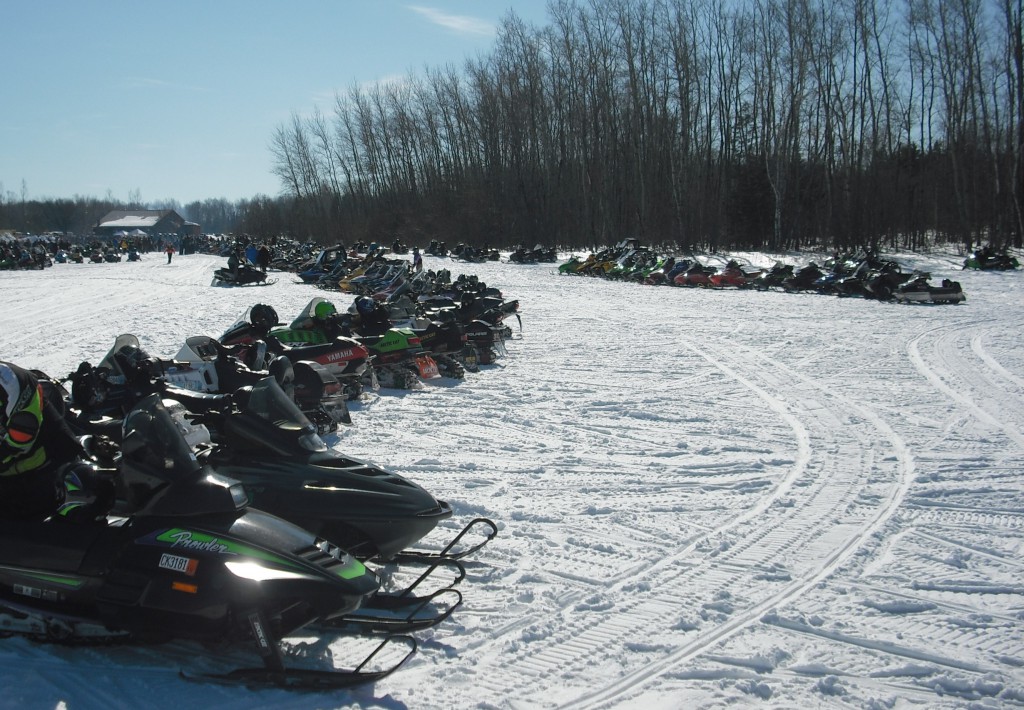 There are a number of factors that you can look at to determine the overall health of the snowmobile industry. Dealers and manufacturers look at sales, states look at registrations, and snowmobile publications look at subscriptions and website hits.  I look at a different barometer when I analyze the industry’s health. It is a number that is somewhat unscientific and admittedly was created in my own 2-stroke clouded mind but it is also a number that I think best reflects the true health of the sport. It is a number I call Snowmobiles Available for Use, or SAU.  The SAU number is derived by assuming that the average lifespan of a snowmobile is about 15 years.  Of course a properly maintained sled can last much longer than that but we must also assume that many sleds were ridden extremely hard or not maintained properly or were wrapped around a tree somewhere.  All of this puts the average lifespan of a sled at about 15 years. The reason the SAU number is so important is because it can dramatically affect the economic impact of the snowmobiling public on winter economies. A perfect illustration of the impact of SAU could be seen last winter.  In 2013 there were 157,106 new snowmobiles sold worldwide. However, worldwide snowmobile registrations increased by over 700,000 sleds.  The reason for this disparity was because of the large SAU number.  Although there were over 150,000 snowmobiles sold there were an additional 550,000 snowmobiles sitting in peoples’ garages that were available to use.  When the snow arrived, those sleds were brought back into action creating an enormous winter economic impact. It is estimated that those 550,000 sleds coming back online generated an additional 2.2 billion dollars of economic activity.

Over the years snowmobile sales have experienced two significant peaks.  In 1971 worldwide snowmobile sales reached a record 495,000 units.  After 1971 there were a number of factors that played into the rapid decline in snowmobile sales.  In 1973 the EPA instituted new regulations for snowmobiles which forced the manufacturers to invest millions of dollars in the development of new technology, dramatically increasing the cost of a new sled and forcing several of the smaller companies out of business. The gas shortage of the late seventies and out of control gas prices severely cut into peoples’ disposable income and made the idea of using a short supply of gas on a recreational vehicle like a snowmobile seem illogical. Double digit inflation and unemployment meant less people were able to afford a new sled. The trail system we have today was just in its infancy. The sleds that were being produced had many reliability issues, and most importantly there was a string of poor snow years.

Although the eighties saw an economic boom the same could not be said for the snowmobile industry.  Sales in the eighties reached an all-time low and all but three manufacturers went belly up. In fact Polaris was in danger of being bought out by Bombardier and only the federal government stepping in to block the takeover kept us from having just two sled manufacturers.  Although new sled sales bottomed out, all was not lost for the sport because the SAU number was at an all-time high.  In 1984 roughly 4.4 Million snowmobiles were available in the marketplace and the majority of those were early seventies models which were now piloted by teenagers.  This boom in teen snowmobiling in the eighties later led to the second peak of snowmobile sales in the mid-nineties as these teens became adults and the target audience for the snowmobile manufacturers.  Other factors also played into the 1990’s sales boom.  The 1980’s had seen manufacturers trying to develop good trail sleds – and they were successful.  Unfortunately, when these trail sleds got off of the trail they instantly buried themselves.  The increased horsepower being transferred to inadequate tracks and suspensions resulted in these sleds trenching right to the bottom of the snow pack.  You were often told “Whatever you do, don’t go in the deep snow with this sled.”  Imagine, snowmobiles that performed terribly in snow!

By the nineties the manufacturers had created sleds that performed better and were far more comfortable to ride than their 70’s and 80’s predecessors and although they still weren’t the greatest deep snow sleds, they could get the job done.  Snocross racing expanded rapidly in the nineties giving the sport some much needed exposure.  The improvement in ride technology combined with what was now a well maintained trail network in the US and Canada further fueled the boom and, most importantly, a few consecutive good snow years sent the snowmobile market rocketing upward with a peak of 260,375 snowmobiles being sold in 1997.

In the 2000’s outside forces again began to plague the market along with the manufacturers themselves being their own worst enemy.  In the 2000’s the name of the game was power.  In the early 1960’s snowmobiles typically produced about 6 to 8 horsepower, by the 2000’s that number had jumped to 150 hp.  It didn’t take long for the consumer to realize that these high powered sleds came with their share of drawbacks. For one, they were extremely heavy and difficult to get unstuck. Secondly, they got about 10 MPG – not a good thing with gas prices pushing $4 a gallon. Third, there were very few places that you could actually use all of that power. And lastly, they cost an arm and a leg to buy and maintain.  Additionally, Ski-doo’s new rider forward design that appeared in the 2003 model year sent the other manufacturers into a tailspin. Worldwide sales numbers bottomed out again at 111,492 in 2009 and the snowmobile manufacturers had to reexamine their strategy.  Much like the auto industry that had produced a fleet of gas guzzling SUV’s and trucks, the snowmobile manufacturers had produced a fleet of high powered high fuel-usage rockets.  There was a push to develop more efficient two stroke engines that burned less gas and oil, along with improving four stroke technology aimed at making a light weight more powerful and fuel efficient 4 stroke engine.

Over the past few years we have seen a resurgence of smaller 600 sleds with new chassis technology, better fuel economy and best of all smaller price tags.  All of this innovation helped increase sales even though snowfall rates weren’t the best.  Now as the aging 1990’s fleet is coming to the end of its lifespan, we should see an uptick in new sled sales as more of the old traditional sleds are replaced with newer rider forward technology sleds.  This combined with a good snow year last year pushed worldwide new sled sales to 157,106 for 2013.  Are we seeing another resurgence of the snowmobile market?  The resurgence of new sled sales would suggest that we are. However, the SAU number is declining and new sled sales have not matched the rate of decline, so even though sales are up there are less snowmobiles on the trails.  Hopefully the new influx of fuel efficient inexpensive sleds and a few good snow years will get the sport back to where it was in the 90’s.  Only time will tell.