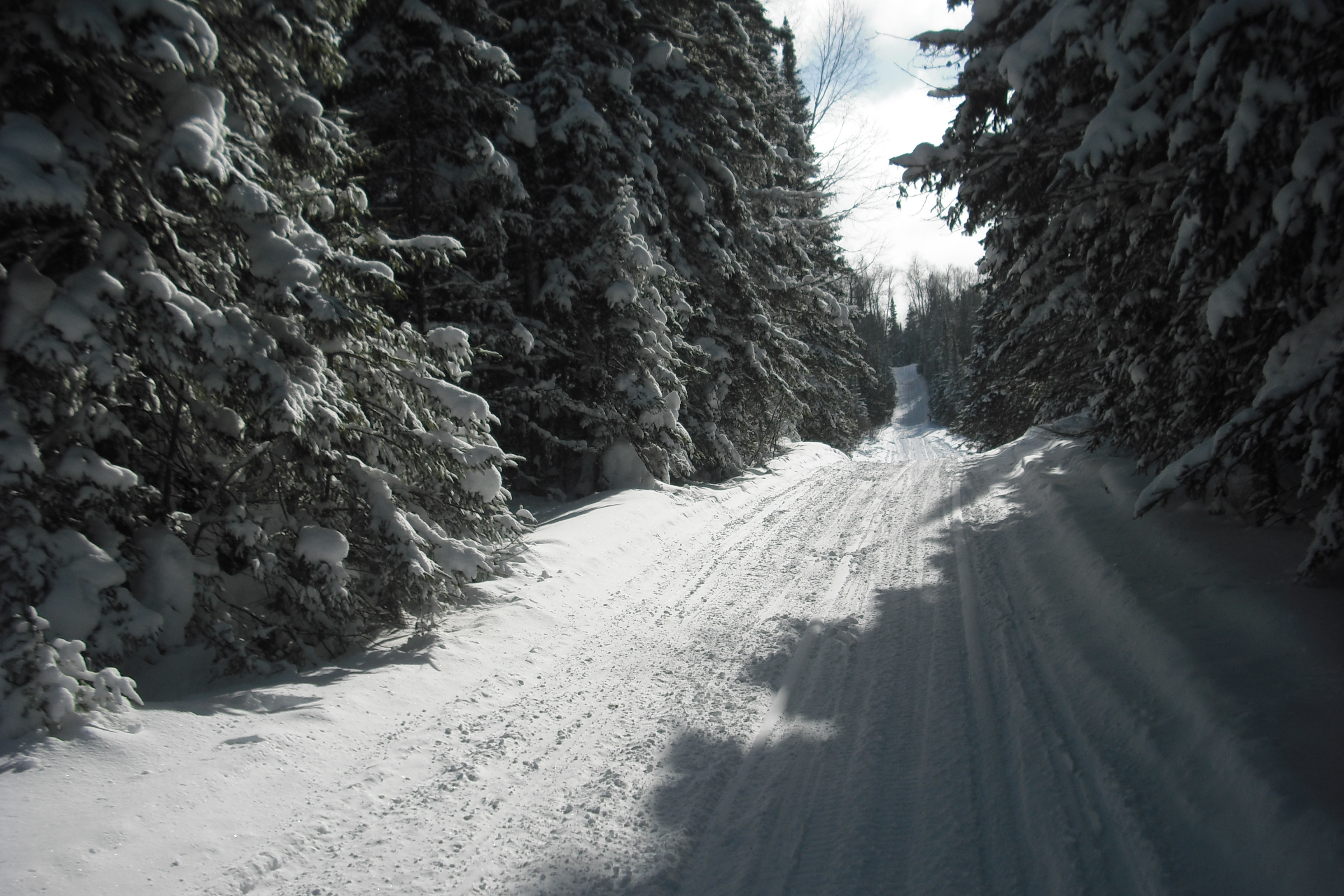 As we not so patiently wait for snow here at snowmobiletrail.com headquarters we’ve decided that this November’s focus would be on trails, because without trails to ride our sport could not survive.  Today all throughout Canada and the U.S. we enjoy a vast well marked and well maintained trail system, but things weren’t always this way.

In the early days of snowmobiling, riding was restricted to lakes, power lines, old hiking trails, abandoned logging roads and trails that people had cut through the woods to access their cabins.  The manufacturers knew that a well organized trail system would be needed to ensure the continuation of the sport.  Like many of his contemporaries, Ski-Doo’s Laurent Beaudoin, Joseph Armand Bombardier’s son-in-law, saw this need and tackled it head on.  The result of his effort was called SnoPlan.  SnoPlan was a program designed to find and catalog great snowmobiling destinations in the U.S. and Canada and then create a comprehensive trail network to link these destinations.  Although his vision was shared by other manufacturers in the US and Canada it was Beaudoin who spearheaded the effort to include the provincial government of Quebec in his plan, convincing them that an organized and regulated trail network throughout Quebec would be beneficial to the economy and his theory proved to be correct as Quebec saw a massive spike in winter tourism dollars.  It wasn’t long before other states and provinces followed suit, creating a vast network of trails with the help of local snowmobile clubs. It is because of visionaries like Laurent Beaudoin and vast numbers of snowmobile club members from the late sixties and early seventies that we enjoy the incredible trail system that we have today, and the trail work is continued by modern clubs with the assistance of private landowners creating an ever growing trail network making it easier to reach new destinations. Throughout the winter we will be detailing some of these destinations in Northeast Minnesota with our DESTINATION articles and highlighting several trails of interest in our TRAIL IN FOCUS segments.  Don’t forget to watch for us out on the trails this winter and you might find yourselves on the website and Facebook page in our TODAY ON THE TRAIL photos! We only have a couple of weeks left until the official open of snowmobile season December 1st- until then think snow!