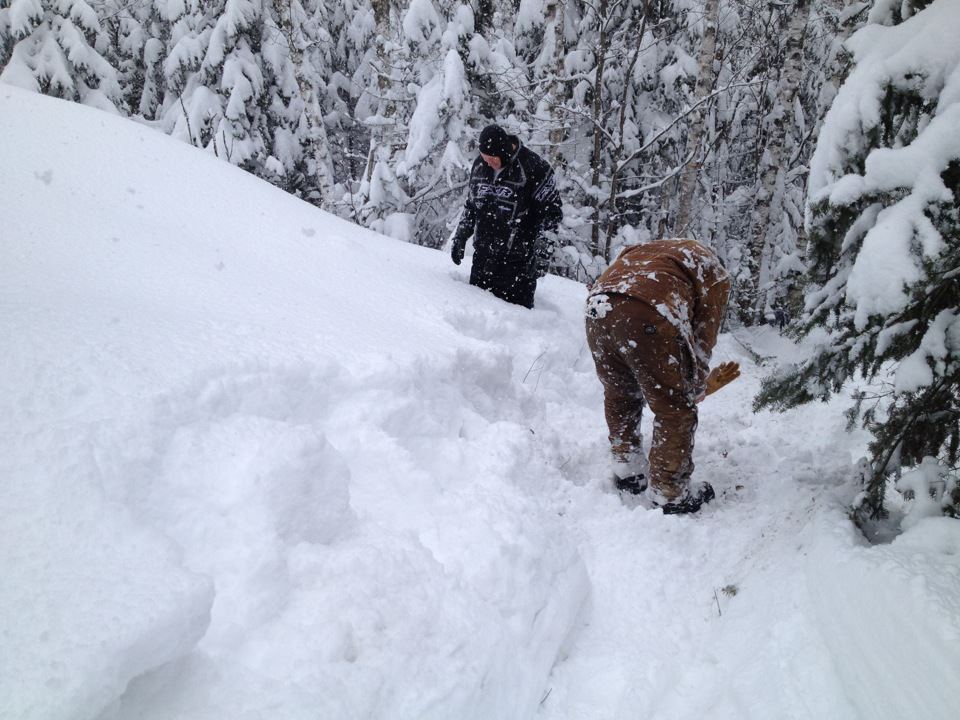 Buddies, we all have them.  Your buddies may be childhood friends or friends that you met later in life in high school or college or at work, regardless of where you met them one thing remains true:  when men are left with their buddies what they do may seem logical to them at the time but to the outside world it makes no sense to any logical person.  I think this really starts when we are children and some of that childhood stupidity never really leaves us. I’m sure that every guy reading this can look back on something they did as a kid and wonder “What the hell was I thinking?”  You know- going to the outdoor hockey rink in the summer time and building ramps from the hockey boards so you can jump your BMX bike, making the jumps higher and longer until finally someone breaks their arm or loses a few teeth, or climbing higher and higher in a tree and jumping out of it until someone knocks themselves out or breaks a leg, or seeing who can go farthest out on the thin ice of the shallow pond in the woods before someone breaks through, or having fights with bottle rockets or roman candles or firecrackers.  As we grow older things like that seem pretty dumb and we grow out of them, or do we? I think back to a recent incident where two of my friends were going to hang out while their wives went shopping at the mall.  One couple showed up at the others house and right after the wives got in the car and left my friend said “hey check it out, I just bought two pairs of boxing gloves and some head gear.” About fifteen minutes later they had moved all of the furniture out of the living room and were boxing each other.  Their wives came back from the mall later that afternoon to find their husbands standing in the middle of the living room taking turns punching each other in the head as hard as they could trying to knock each other out.  Now, most guys reading this story are thinking, “Yeah, if I had head gear and boxing gloves I’d do the same thing, that makes perfect sense,” while most women reading this story are thinking, “What a couple of idiots!”

Now, fast forward to snowmobile season, these are exactly the same friends that it is not okay to ride alone with, you all know who I’m talking about, that one friend of yours that infects you with what my wife calls “Snowmobile Brain.”  To protect his identity I will call this particular friend Steven. Sure, it’s okay to ride with Steven when you are in a big group, because as a big group you have to be responsible and smart, but if it’s just the two of you then that boyhood stupidity takes over, usually this stupidity starts with a sentence like “Do you think we can _________” or “Do you think we should try _________.” Either way you know your answer to that question will always be yes, because you have contracted snowmobile brain from your friend Steven. “Hey, John, do you think we could clear that road approach?  Hey do you think this nasty muddy 3 mile long swamp is frozen enough for us to get to the other side even though its early December?  Hey do you think we can skip all the way across that stretch of open water?  Hey, do you think if I jump my sled off this cliff face will I clear those rocks?  Hey, do you think we can make it through that stand of pine trees?”  And of course when you have contracted snowmobile brain the answers to all of those questions will be “Yes!” You know you have found your version of Steven when your wife asks you “Who are you riding with today?” and when you tell her she says “Oh no, try not to do anything stupid.”  The funny thing is that when you are riding with Steven, his wife is saying the same thing, “Oh no, every time you ride with him, I am either coming with the trailer to pick up a broken sled or bringing someone to the emergency room.”  Not exactly a shining vote of confidence.

The truth behind the matter is that boys do stupid stuff and Steven just happens to be a good enough friend that he enables you to tap into your inner boyhood stupidity, so you wind up doing things that you normally wouldn’t do with the other guys you ride with. But Steven isn’t all bad.  It was because of friends like Steven that things like snocross and X Games got started.  And sometimes when you are riding with Steven you do make it to the other side of the road approach, sometimes you do clear those rocks on your drop in, and sometimes you can make it through that stand of pines and the payoff is epic!  Plus Steven did miraculously guide you to the other side of the lake when the two of you got caught in a big storm and the trail markers disappeared, he also towed you out of the woods when you broke down, and he also called you up at midnight and suggested going for a late night ride which turned out to be one of the best rides of the year.  So for every time you’ve done something stupid, you’ve also managed to have a great time and have good stories to tell at the end of the day around the fire, and that is what snowmobiling is all about.