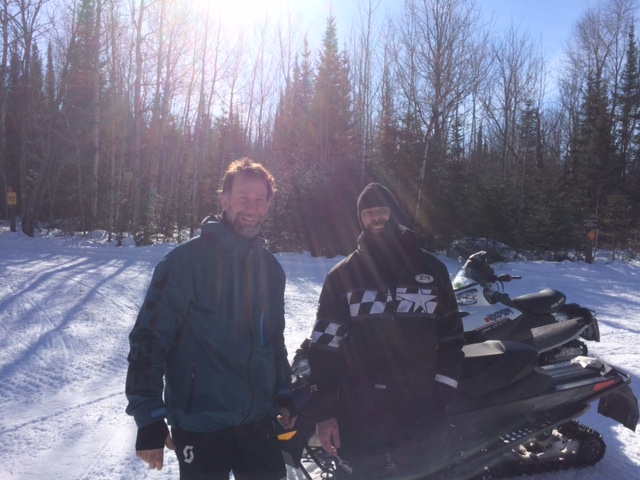 One of the best things about snowmobiling is its unpredictability.  You have no idea what the trail is going to hold for you or who you will meet and today was no exception for us.  The latest snowstorm missed the Duluth area and we knew that last week there were already some bare spots on the trail.  Because of that we decided to revert to our old standby the CJ Ramstad North Shore State Trail.  Too be honest I had grown a little tired of the NSST this year as for most of the season it was the only rideable trail we had.  Lack of snow had kept most of the GIA trails closed or in horrible riding condition until mid February so the prospects of abandoning them and going back to the NSST was not something we looked forward to, but in the real world it was our best option.

Right away I was surprised to see that there were already six trailers in the Martin Rd. Lot, usually we are the first ones there but not today.  As I waited for Allen’s sled to be unloaded I watched the other trailers unloading their sleds and thought I recognized one of the guys unloading.  He looked and sounded like my childhood neighbor Randy.  Randy was a few years older than me but like everyone else that grew up on my street he was a big time snowmobiler.  I had bumped into him once or twice over the last 30 years and I wasn’t entirely sure that it was him.  I went over and asked and was astonished to find out that it was in fact my old neighbor Randy.  The odds that I recognized him and that he would happen to be in the lot at the same time as we were were astronomical.  As it turned out that was only our fist surprise of the day.  Our second Surprise was how awesome the trail was.  It had been groomed the night before and was solid and icy but smooth.  I instantly started having overheating fears as I watched my temperature gauge climbing.  The trail was so hard that I wasn’t getting enough snow into the heat exchangers and the sporadic bare patches didn’t help.  As we left Duluth conditions gradually improved and the temp started to drop, alleviating my fears.  We hit the gravel Pit where the Reservoir Riders trail comes in and had a decision to make.  Allen decided we should keep heading north as we knew the snow was better so that’s what we did.  Enter astonishing moment #2- as soon as we left the pit the trail got better and better, in fact they were the best trails we had seen since January of 2014 and the farther north we went the better they were.  We rode up to the Yukon where we bumped into who else- but Randy and his friend Eric who were taking a break on the side of the trail.  We sat around and talked sleds for a while and then headed up the Yukon.  We spent the rest of an amazing day hitting trail after trail, each one better than the last.  If you didn’t ride today you missed out big time.  Unfortunately it doesn’t look like Mother Nature is going to cooperate for the rest of the season as temps are projected to climb into the mid forties by Wednesday. 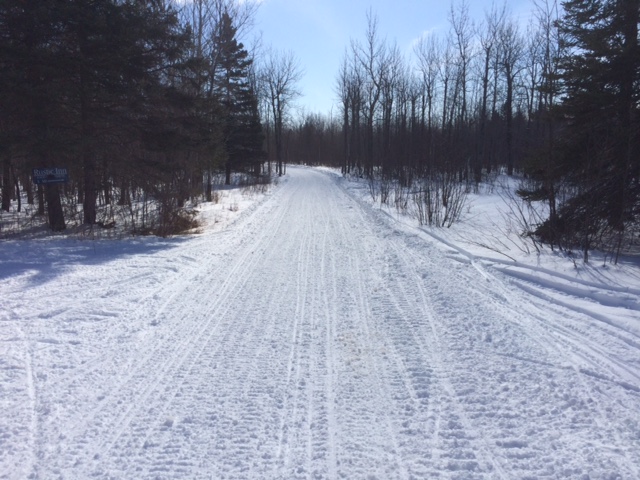